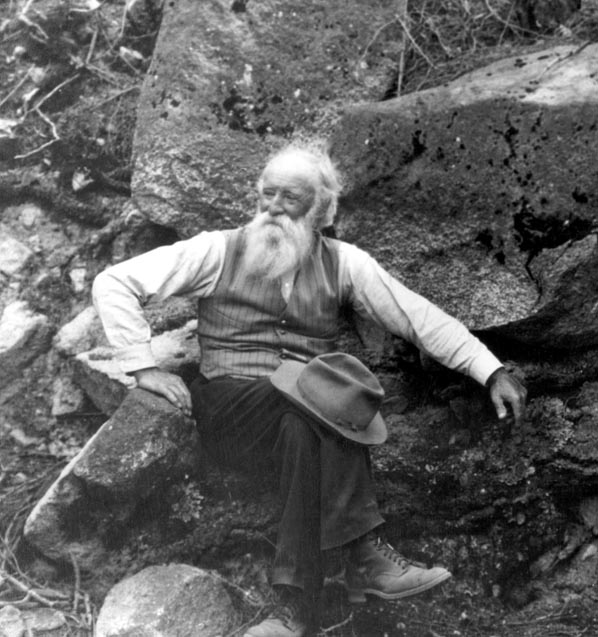 In his prime, John Burroughs (1837-1921) was one of the most popular writers in America, with a huge following of readers and relationships with the likes of Theodore Roosevelt, Henry Ford, Thomas Edison, and railroad tycoon E. F. Harriman.  His passion was the birds, forests, rivers, and mountains of his native Catskills, and his writings reveal a scientist’s powers of observation and a nature-lover’s emotional connection to the land.  In 1919, at age 82 he appeared in a short film, shown leading a trio of young children around his Catskill farm.  He points out butterfly, chipmunk, grasshopper, and then the following words appear on the screen:

I am an old man now and have come to the summit of my years.  But in my heart is the joy of youth for I have learned that the essentials of life are near at hand and happiness is his who but opens his eyes to the beauty which lies before him.

Today, these words are remembered by a dedicated group of Burroughs enthusiasts.  But despite his enormous popularity, his hasn’t become a household name like other American naturalists such as Henry David Thoreau or John Muir.  I wondered, why?

I knew nothing of Burroughs until one day running through the Catskills I encountered his name on a memorial plaque carved into the summit of Slide Mountain, the region’s tallest peak, which Burroughs had climbed in the 1880s.  Over time I read more of his works and came to appreciate the keen eye, lyrical prose, and shrewd judgment.

I encountered Burroughs again when researching Thoreau.  Writing in 1882, Burroughs was dismissive of Thoreau as a naturalist and like others recoiled from his “crusty” personality, yet accurately predicted that Thoreau’s fame would only grow with time.  Why hadn’t Burroughs’ fame grown, too?

Seeking answers to this question, I recently read one of his last works, Accepting the Universe, which was published in 1920, only one year before his death.  The book combines the spirit of transcendentalism, a deep love for the natural world, and a clear-eyed appreciation of science, particularly evolutionary theory.  Burroughs saw nature as a nearly inexhaustible stream of creative energy that lets loose a “riot of invention,” populating the world with life forms big and small.  These pass through a “curtain of fire,” surviving or perishing in the face of inanimate forces – fire, ice, drought, storm, flood – with the result that the survivors are toughened and evolution proceeds to higher forms of life and intelligence.  There’s enormous optimism in this world view, because no matter the fate of individuals or even species, “Nature is the winner.  She cannot lose.”

There is also a cold, unsentimental understanding of reality.  Nature is “unhuman,” “impartial,” and “indifferent.”  She neither loves us nor hates us, but goes her own way, favoring mankind neither more nor less than “ants and fleas.”  To think otherwise would be childish:  “Must you and I have a special hold upon the great Mother’s apron strings?”

Burroughs is a master of metaphor, and in one passage he expresses the power of Nature by comparing her, tongue in cheek, to a monopolist:

No plan, no system, no economy of effort or of material; and yet she “gets there,” because she is not limited as to time or resources. She is in business with unlimited capital and unlimited opportunities; she has no competitors; her stockholders are all of one mind, and all roads lead to her markets.

And then in another passage, Burroughs dresses Nature up in human clothes to emphasize the random, disorganized, chaotic means by which life spreads and evolves:

She is blind; her method is the hit-and-miss method of a man who fights in the dark. She hits her mark, not because she aims at it, but because she shoots in all directions. She fills the air with her bullets.

People would prefer a more orderly approach to fulfilling life’s needs, but Nature revels in competition and conflict, which bring us disease as well as health, death as well as youth.

Nature trumps her own trick; she scuttles her own ship; she mines her own defenses; she poisons her own fountains; she sows tares [weeds] in her own wheat; and yet she wins, because she is the All. The tares are hers, the parasites are hers, the devastating storms and floods are hers, the earthquakes and volcanoes are hers, disease and death are hers, as well as youth and health.

People may seek comfort and predictability, but a life without pain and struggle would be “tasteless” and “insipid,” not to mention inconsistent with the random and inconstant nature of reality.

Nature is Nature because her work is never complete; her journey is never ended; the fixity and equilibrium which her elements appear to seek, is ever deferred; life can appear and go on only in a changing, unstable world, and it is this flux and mutability of things that bring all our woe, and all our joy as well.

From woe and joy, Burroughs moves on to the morally loaded question of good and evil. “The problem of evil is the problem of life,” he concludes, “no evil, no life.”

In our practical lives we are compelled to separate good from evil — the one being that which favors our well-being, and the other that which antagonizes it; but, viewed as a whole, the universe is all good; it is an infinite complex of compensations out of which worlds and systems of worlds, and all which they hold, have emerged, and are emerging, and will emerge.

Burroughs was writing in the aftermath of World War I, and he didn’t hesitate to criticize the Germans for the damage they unleashed upon Europe.  Yet from his vantage point, the bigger picture is all positive.  Nature may not distinguish good from bad, but in the end, Nature drives development, which is all good.  Witness mankind’s emergence from brute form, the evolution of democracy from tyranny, the development of moral consciousness.

Let us keep in mind that the very fact that we are here and find life good is proof that the mercilessness of Nature has not been inconsistent with our permanent wellbeing.

Even if Nature is an unhuman force, progress is good, and “we find life sweet.”  Especially if we can wrap our minds around reality:

Where is the comfort in all this to you and to me? There is none, save the comfort or satisfaction of knowing things as they are.

Burroughs doesn’t cherish illusion, and he turns away from mysticism and religion.  In accepting the logic of life, he reconciled himself with the inevitability of death, just as did his friend, hero, and mentor, Walt Whitman, who on his death bed said to Burroughs, “It is all right, John.”

By the time I put down Accepting the Universe, I had a better understanding of Burroughs’ vision, as well as an idea why it hasn’t gained a larger following.  One might have expected nature-lovers to be a sympathetic audience, but they don’t want to think of civilized society and wilderness as both representing the same process of Nature.  They’d rather regard nature as an escape from society, like John Muir, or embrace wildness as a way of pushing back against social pressure, like Thoreau.

More broadly, few people are open to a message of acceptance when they’re struggling through “the curtain of fire,” trying to accomplish life’s goals in the face of disorder, conflict, and disequilibrium.  They don’t want to hear that mankind is incidental, accidental, “a lucky throw of the dice,” that we are the children of an “impersonal, unhuman, universal mother,” or that “rain falls on the just and the unjust.”  Accepting the universe as unhuman seems to imply that human goals are pointless.

I have a different reaction.  Burroughs reminds me of the Stoic philosopher and Roman emperor, Marcus Aurelius, who wrote that “Nothing is evil that is according to nature.”  The Stoics believed that by aligning one’s life with the natural universe, a person can persevere in the face of external challenge.  Speaking from my experience as a runner, there are times in very long races when energy sags, pace slows, and pain turns into suffering.  We’re tempted to quit, and even if we don’t quit, the angst and disappointment slow us down further.  This is when Burroughs’ message might help a person transcend the frustration.  I imagine him counseling the tired runner to look around and appreciate the beauty that lies before us, or providing a gentle reminder that without pain and struggle, life would be tasteless.  That despite the discomfort, life is sweet.  That in the end, it is all right.  So why not smile and keep moving?

Discover more about John Burroughs in “Running the Long Path,” now available on Amazon! (Click on the image to take a look) 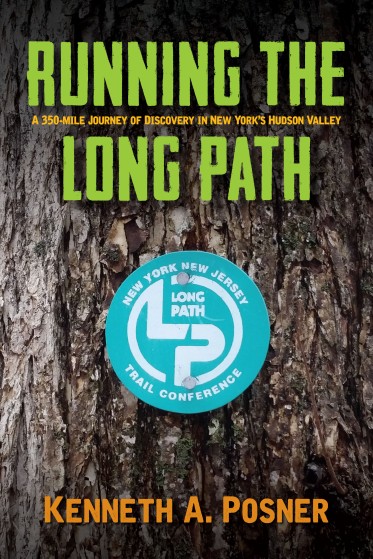 7 thoughts on “Accepting the Universe”